Greetings from She Who Displays Bad Judgement 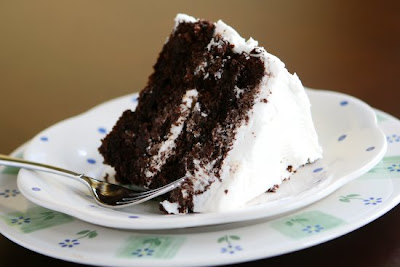 Then I had a humongous piece of cake with frosting and a Coke. Then, for reasons no longer clear to me, I had another piece of cake. And popcorn because someone else was having it and I liked the smell.

Then I don't know what happened. Sugar crash? Buzz kill? I was filled with self-loathing which could only be cured by one thing -- exercise.

We have a rudimentary workout room here in the agency -- a couple treadmills, a stationery bike, and weights. Not much floor space and no mats, but nice shower facilities. Back in days gone by, I would have used the "no machines/no floormats" excuse to dismiss working out here, and the "I can't miss the game!"* excuse for not working out either at the downtown club or the one at home. But because I had to cleanse my conscience, and because I really am dedicated to getting back into shape, I decided to "make do" with the workout room here. I did a half hour on the treadmill and (without floor mats, like the pioneer women did!) some leg lifts and sit ups while watching the game. I feel a little better about myself.