1) Look up from your screen. What's the first thing you see? The armoire.

2) Looking back on 2020, what surprised you? That I contracted the corona virus. I was soooo careful -- except for about 15 minutes, when I helped an improperly masked grandmother at the post office. Isn't that a kick in the ass? Help a neighbor, get sick. From now on, I will turn my back on anyone I meet who is not wearing a mask.

4) In Italy, it's said that if you wear red underwear on New Year's Eve, you'll have good luck all year around. Do you have a lucky charm? A friend gave me a Guatamalan "worry doll." When I travel, I transfer my fear of flying to her. 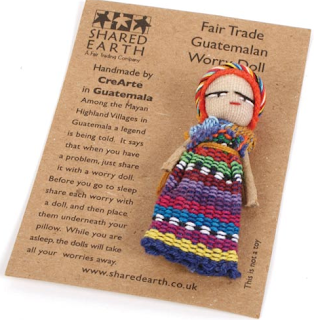 5) In Spain, some New Year's Eve revelers believe that, at the stroke of midnight, you should eat exactly 12 grapes, one at a time and one right after the other, to bring you luck for the next twelve months. Did you have anything special on your New Year's Eve menu? I had roasted turkey breast and dressing with gravy. It was exciting because I've been on the BRAT diet* for the last three weeks. I savor the new foods I'm able to add to my daily menu.

6) In this week's featured song, Foreigner lead singer Lou Gramm lets us know that he'd sail across a stormy sea to reach his true love. How is the weather where you are today? Are you kicking off 2021 under calm skies, or is it stormy? Saturday will be about 30º and cloudy, but no precip.
7) In the 1990s, Gramm joined forces with Billy Joel in a series of concerts to preserve the Montauk Point Lighthouse. Do you have a favorite Billy Joel song? I like lots of them. This is the first one that came to mind.

8) In 1977, when this song was popular, Star Wars was breaking all box office records. The Spy Who Loved Me, a James Bond movie, was also a hit. If you were going to binge on one of these film series, would you choose Star Wars or Bond? Bond. James Bond.


9) Random question: Would you rather have nothing but green lights for all of 2021, or never have to stand in line for anything all year? I don't drive, so I'll go to the head of the line, thank you.

*Bananas, rice, applesauce and toast. Though I substituted saltines for toast, and had LOTS of chicken soup.