1) Tonight, KC has three things on his "to-do" list: do a little dance, make a little love and get down. Tell us three things you'd like to accomplish this weekend. 1) Make a dent in that freelance project I took on. It's not due until Thursday, but I'd like to knock it out now and then spend the rest of the week refining it. 2) Laundry. There's always laundry. 3) Attend a special screening of Casablanca with Will and my movie group.

2) This week's song is considered emblematic of disco, a genre that had as many detractors as fans. Is there a kind of music you simply cannot stand? That would be disco. (Though I admit a certain fondness of the Brothers Gibb.)

3) Before becoming a musician, KC, aka Harry Casey, worked in a record store. In those days, record stores were very popular. Peaches, Coconuts, Sam Goody and Tower Records are four store chains that once dotted the landscape but now are gone. Today, if you wanted to purchase a CD, where would you turn? Amazon. I always check out the ones I see by the register at Starbucks, Walgreen's and Whole Foods, but I seldom buy.

4) One of his duties at the record store was unloading the big corrugated shippers filled with LPs. What's the heaviest thing you've lifted lately? My fat ass.

5) KC is proud that he's lived his entire life in Miami-Dade County. Do you expect to change your address in the next year or so? No.

6) In 1975, the year this song was popular, former Teamsters boss Jimmy Hoffa disappeared, never to be seen again. Many theories flourish about what may have happened to him. Is there a famous criminal case that has a hold on your attention? I recently befriended a pair of millennials who had absolutely no idea who Patty Hearst is. I suppose that's a good thing for Patty, but it got me thinking about her case again. I picked up Jeffrey Toobin's 2016 book on the case and it's waiting on my TBR pile. 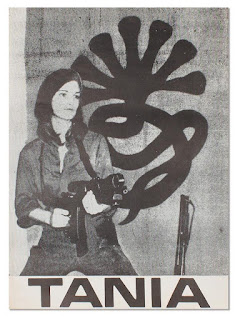 7) Jaws was the most popular movie of 1975. Are you afraid of sharks? Not especially.

8) Actress Angelina Jolie was born in 1975. People magazine once named her
"most beautiful." Who is the most beautiful woman you can think of? Every time I see CNN's Erin Burnett, I think, "God, I wish I looked like her." 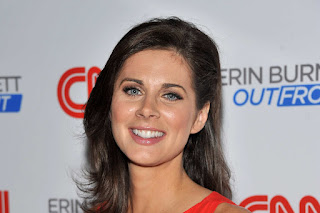 9) Random question: A wizard offers you a choice -- would you like your life to stay as it is right now (in terms of your health, your career, your relationships and your finances) for the next 5 years, or would you like to take a chance that the future will be brighter? I'm frankly terrified of the future. I'd like to stay frozen here. At least I know this life.