1) Subways can be bright and noisy. Do you need it dark and quiet before you can fall asleep? I have often dozed off on trains.

2) In this song, Petula encourages her lover to talk it out instead of walking out. Do you usually remain reasonable during a disagreement? No. I get emotional easily. I once had a lover who would say, before disagreements could turn into arguments, "I'm not telling you you're wrong, I'm asking you to be clear." I wish everyone I clashed with took that approach. It really helped stop things from escalating.

3) Petula was a child star in England during WWII. Her BBC broadcasts 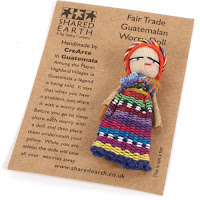 were very popular with the British troops, who nicknamed her The Singing Sweetheart. Soldiers pasted her photo onto their tanks for luck as they went into battle. Do you have any little rituals or good luck charms that calm/comfort you when you're afraid? A friend gave me a Guatemalan Worry Doll. I try to transfer my terror to her when I fly.

4) Now 84, she recently told London's Daily Mail that she's surprised and thrilled to have found love again with a new man. Do you believe you'll ever be too old for romance? I suspect I am. I'd be delighted to be proven wrong.

5) Her family is far flung. She lives in London, her middle daughter is in Paris, her son is in Los Angeles and her oldest daughter lives in New York with Petula's two grandchildren. Who is your nearest friend or relative? Which one is farthest away? My closest close friend is John, who never more than a 20-minute cab ride away. The one who's farthest away is in Southern California, 2000 miles away.

6) In 1967, when this song was popular, Rolling Stone published its first issue. John Lennon was on the cover. Publisher Jann Wenner reports that, either individually or as a group, the members of The Beatles have appeared on the most Rolling Stone covers. What's the first Beatle song that comes to mind? "Who knows how long I've loved you? I know I love you still. Shall I wait a lonely lifetime? If you want me to, I will." Judging by the audience participation, I guess I'm not the only one who holds this song dear.

7) In 1967, Star Trek was in its second season on NBC. Who is your favorite Star Trek character? I'm not a big Star Trek fan, but I do get such a kick out of William Shatner. Everything I've seen him in, he's been delightfully over the top.

8) RANDOM QUESTION: When you slip into jeans or slacks, which foot do you put in first? Right.

9) As you considered #8, did you mime pulling on your pants? Yes.