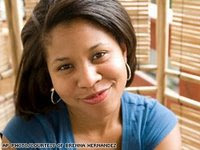 I never knew this young woman, but her story touched me deeply back in September 2007 and I haven't forgotten her. When she was first reported missing, her friends and family leaped into action. Her mom and sisters were on TV, making sure her name and face and Impala were known to everyone. Nailah had worked at a competitive ad agency, Leo Burnett, and her former coworkers were out in force, handing out "Have You Seen Me" flyers to people like me as we boarded the el trains.

When her body was found a few days later, I was so sad for those who loved her. Nailah Franklin must have been a very special woman to have engendered such love, respect and loyalty from those whose lives she touched.

The Chicago Tribune recently (August 17) ran a story updating us on the case. I'm not including a link because the story necessarily mentions the suspect in her murder case. I am not a newspaper, I don't have to be fair or balanced or complete in my reporting. I want to shine the spotlight exclusively on this special woman. I owe much to Dawn Turner Trice's column, but if you want to read it yourself, you'll have to find it yourself. 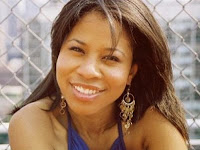 She volunteered at the Chicago Urban League.

She was eulogized as "not a star, but a superstar."