Unfamiliar with this week's tune? Hear it here.
1) In this song, "the lowdown" is an unpleasant truth. Tell us about a time when you had to do like Boz and give someone "the lowdown." Seven years ago, I came upon a Facebook photo of my friend's daughter, then a high school freshman. She was out clubbing -- showing (non-existent) cleavage, sticking out her (green) tongue, drink in hand. I agonized about it, and then told my friend.

2) The lowdown Boz delivers is about the woman his friend is seeing. Specifically, she's gossiping about his finances. If you discovered something negative about a friend's romantic partner, would you share it with your friend? Or would you keep it to yourself? Depends on the circumstance. I'd prefer to keep it to myself.
3) Boz was born William Royce Scaggs, but in high school he was given the nickname "Bosley" -- later shortened to "Boz." His friends thought "Bosley" sounded nerdier than "Bill," and Scaggs was quite the music nerd. What is something you're nerdy about? The Lads from Liverpool. 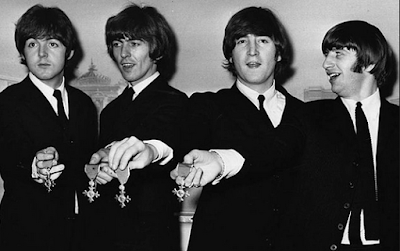 4) His son Austin Scaggs is a contributing editor at Rolling Stone. What magazines are in the room you're in right now? US Weekly, Allure, Glamour and Entertainment Weekly.
5) Boz and his wife own a vineyard in Napa. Do you prefer white or red wine? Wine gives me a headache.

6) In 1976, the year this song was popular, movie queen Elizabeth Taylor needed an escort to one of the nation's Bicentennial celebrations. Former Under Secretary of the Navy John Warner was asked to take her to the event, and within months he became her husband. Have you ever had a "blind date" that turned into a relationship? No.

7) Also in 1976, Steve Wozniak and Steve Jobs founded Apple in Jobs' parents' garage. Does your garage serve as your office, workshop or studio? Or is it just home to your car? No garage.

8) The Bionic Woman premiered in 1976. Because of her "bionic parts," Jaimie Summers could run faster than most cars, had superhuman strength, and super-sensitive hearing. If you could have one of those qualities enhanced -- speed, strength or hearing -- which would you choose? Strength.

9) Random question: When you lean in for a kiss, do you tilt your head to the right or to the left? Right